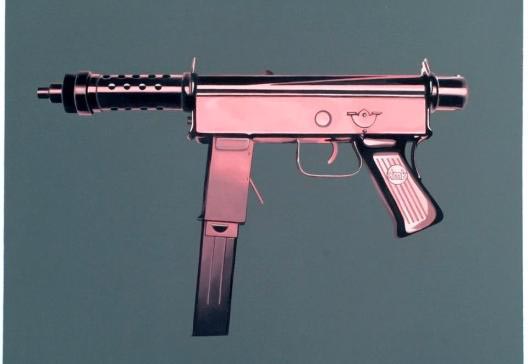 LOS ANGELES, Oct 25, 2011/ — Kana Manglapus is pleased to present the work of artist Andrew Cramer via an exhibition entitled “Happiness.”

The title of the show invites us to complete a well-worn phrase. According to Cramer, however, the line has been changed: Happiness is no longer a warm gun, but a cool one. Behold a KMK automatic rendered as a hip Warholian screen print. Notice that the image is both strident and familiar, like a clever magazine ad.

To propose that Cramer’s work owes a good deal to Warhol’s Pop Art would be a bit like saying Gorky was rather fond of Picasso. A more interesting inquiry concerns Cramer’s handling of a thorny and complex socio-aesthetic issue that seems at the moment to be extremely important: How, in a culture saturated with stylized images of brutality, does an artist actually get us to think about violence?

In Happiness…, Cramer gives context to our culture of violence and obsession with death. Emerging from his antipathy to violence and media’s sensationalism of brutality, Cramer creates paintings where icons of death become glossy and highly desirable products. In so doing, he illustrates a deterministic view of mass consumerism; the conceit of free will as fatalism.

Andrew Cramer was born in Plymouth, Indiana, currently residing in NYC and Brooklyn. Studying Fine
Art and Painting at the Savannah College of Art & Design and early experimentation in fabrication and welding led to the artist’s technical and large-scale aesthetic, blending disparate media and industrial application modes.

Evidencing his intent to produce visual content at once remedial and emblematic of our socioeconomic landscape, Andrew’s work incorporates synthetic elements of latex, enamel and automotive paint on steel and canvas to exude the optimism of a shiny, new sports car.

The “Ten Tigers” opening event was hosted by Jocelyn Wildenstein, a living tiger metaphor, and covered by the New York Times and other publications. His most recent solo exhibition “Happiness…” was shown in Miami Art Basel (2008) and NYC (2009), and now Los Angeles. 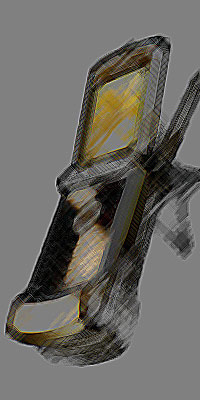 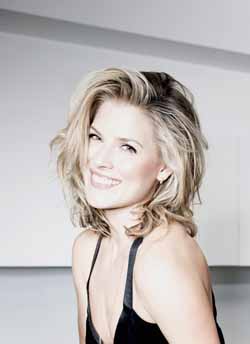