PARIS, Oct 6, 2007 / FW/ — Charles Jourdan, a name famous for its shoes since 1919 is undergoing a quiet revival as it strives to regain its ‘haute couture’ image with a team of designers that prefers to stand behind the label instead of relying on the personality of a Creative Director.

“It’s all about the brand,” said a Charles Jourdan spokesperson, who, like the designers wants to remain anonymous until the name ‘Charles Jourdan’ regains it luster once more.

“What we are doing right now is focusing on the research and development of new shoes and bags,” the Charles Jourdan spokesperson added.

And, to regain its haute couture and avant-garde image, the company has also partnered with fashion houses likes JC de Castelbajac, wherein its Creative Director Jean-Charles de Castelbajac featured Charles Jourdan shoes on his Spring 2008 collection that was unveiled here in Paris yesterday.

Founded in 1919 by Charles Jourdan (1883-1976), in Romans in the Drome region of France, the center of France’s shoe industry, the company’s headquarters is still located there up to today, though it maintains a studio and several stores here in Paris.

The name Charles Jourdan became synonymous with trend-setting and innovative shoes during the 1970s and 1980s under the leadership of Mr. Jourdan’s three sons, Rene, Charles and Roland, who continued the company after their father’s death.

It was under Roland Jourdan’s creative direction when the company reached the height of its popularity. Taking the basic pump, Roland Jourdan lengthened the toe and added simple buckles, increasing both the shoes’ delicacy and tailored image.

In a bold move in 1975, ready-to-wear clothing and handbags were added to the line, while perfumes were added later, including a scent called Stiletto (after the stiletto heel) in 1996 to recognize the 75th anniversary of the firm. To honor Paris, the bottle was shaped like the Eiffel Tower.

But, like all brand names, a label needs to be constantly renewed to maintain its luster and popularity. With Charles Jourdan, its ‘haute couture’ image began during the 1930s when Mr. Charles Jourdan himself began placing advertisement in high-end fashion magazines, earning him a place in fashion history as the first shoe designer to have done it.

And although Charles Jourdan was able to hold on to its lustrous name for 50 years, the company’s popularity began its decline when Roland Jourdan retired in 1981. No new innovations were introduced and the Charles Jourdan label became known for its conservative styles.

Fast-forward 20 years; in 2003, Patrick Cox, a Canadian who had launched his own shoe label, was named head designer and stayed only for 2 years. After his departure in 2005, Cox was replaced by Josephus Thimister.

Thimister stayed at Charles Jourdan only for a brief period. Upon his exit, the current design team consisting only of French designers, replaced Thimister, and the company chose to focus on the label instead of the relying on a Creative Director’s personality to promote the brand

For Spring 2008, 25 new styles of shoes are being introduced, with a polyhedral toe as the main theme of the collection. From stacked heel to stilettos, Charles Jourdan proposes sling back, sandals and pumps in different shades of pink, yellow and blue, plus black and white, of course.

Handbags are functional, and crafted with bright colors for the lining. “Pink and yellow as inside lining give a bit of light inside a bag,” explained Charles Jourdan’s handbag designer. “Women are always looking for small things inside their purses, such as keys, lipstick and cell phone to name a few. With a bright lining, there is obviously more light inside the bag than black, of course.”

And, while a lot of shoes and handbag brands by famous fashion houses are sent abroad for manufacture, Charles Jourdan’s products are still MADE IN FRANCE, in its factory at Romans-sur-Isere. 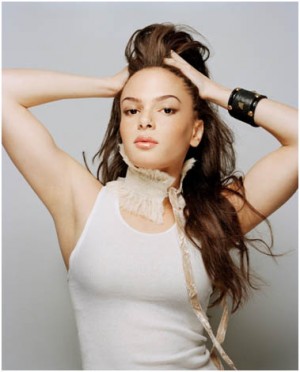