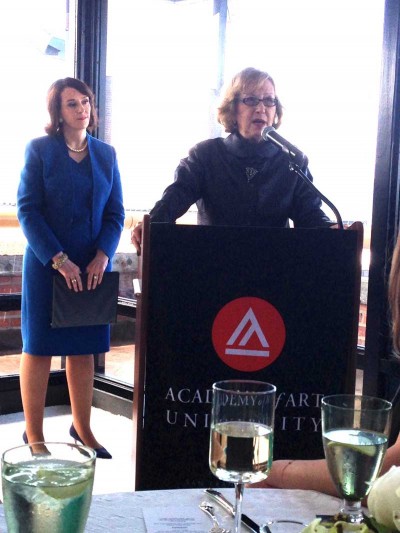 From the “Modifiers + Amplifyers” exhibit, we segued into lunch. Though it was on the schedule and it was already 1:00 PM, I was still surprised when we were ushered into a “white” room with a great view of Golden Gate Bridge and table arrangements worthy of a Michelin chef.

For an academic luncheon, the atmosphere is jovial and good humored. Perhaps it is because this is fashion school and the honorees are designers. I’ve been to many academic luncheons during my days in the university and more often than not, they are somber affairs.

Dr. Elisa Stevens, President of the Academy of Art University set the tone with her lighthearted speech welcoming everyone, Gladys Perint Palmer cracking fashion jokes in hers and the representative of the Office of the Mayor declaring May 8, 2013 as the “Max and Lubov Azria Day” in San Francisco.

Still, it was the speeches of Max Azria and Lubov Azria that captured my heart. Speaking first, Max Azria related to everyone how BCBG started as a dream.

While I know beforehand how successful the BCBGMaxAzria Group is with its over 500 stores worldwide with several of its brands a household name, listening to Max Azria accept the honor being bestowed on him with sincerity and modesty reminded me of the gentlemen in the Old World who never brag about their success and keep them understated.

Lubov Azria took a slightly different route. Thanking AAU and the Office of the Mayor for the honor, Lubov Azria confessed that it was not until she arrived in San Francisco when it finally it sunk on her the magnitude of what AAU is bestowing to her and her husband.

“It has been a hectic season and last week was more hectic than usual,” said Lubov. “Everyone in the office was telling me what a great honor this is. Intellectually, I understood, but my heart was not in it. Now that I’m here, I fully realize the significance.”

After the speeches was lunch. I won’t discuss them here; just allow the photos to do the talking. But one thing that should be mentioned though is the dessert – chocolate cake with the BCBG logo. 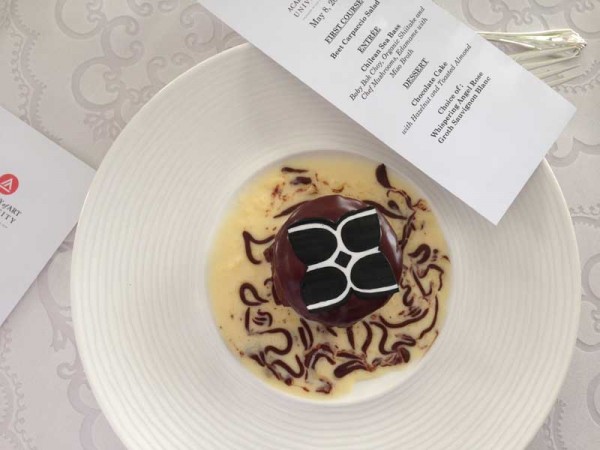 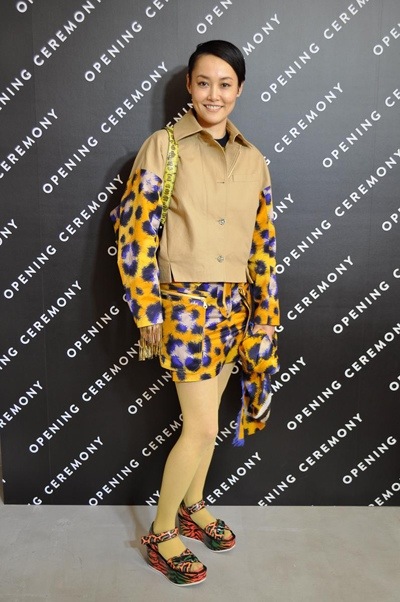 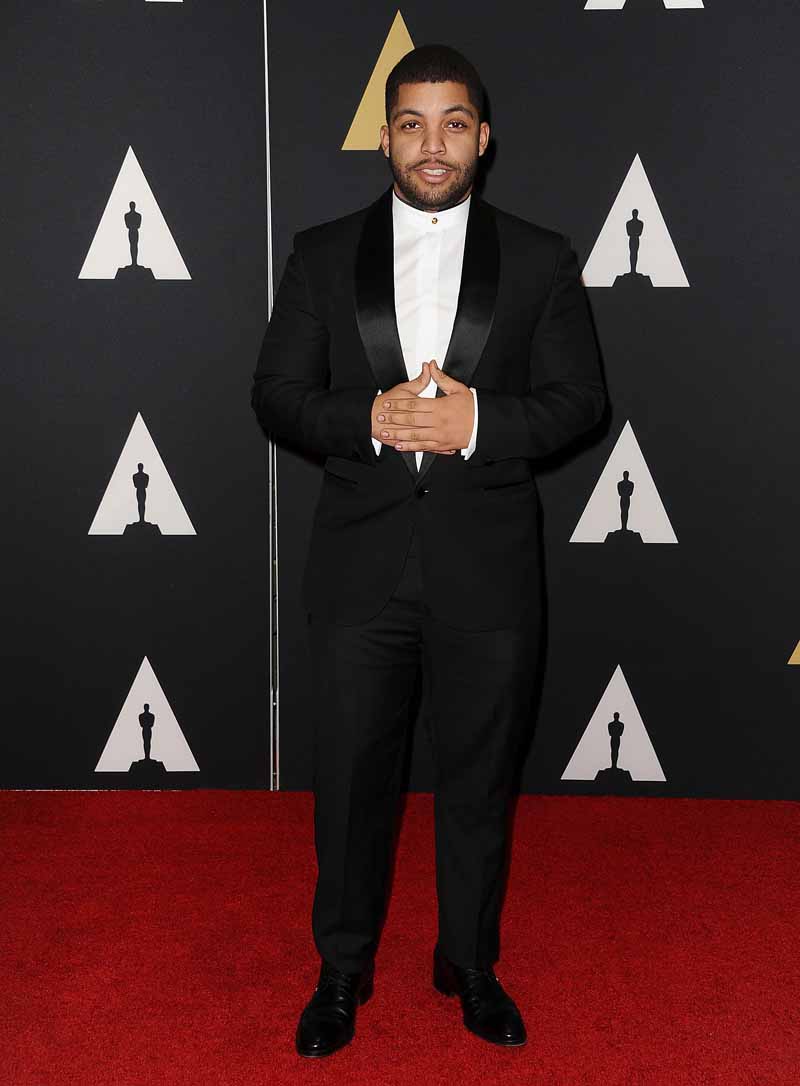