Perfume: the Story of a Murderer

PARIS, Oct 21, 2006/FW/— I have a confession to make here: the recent Paris Fashion Week was to me this season, very much like a sandwich, caught between two slices of movies.

The first -the bottom half of the bun- was The Devil wears Prada, which only premiered in France in late, late september, just before the runway shows started in Paris. While we were delighting in the middle part of the season’s sandwich, Sofia Coppola’s Marie-Antoinette was starting in the theatres on your side of the Atlantic whereas we had already seen it in May at the Cannes Film Festival and nationwide immediately after: the privilege of a French queen to the descendants of her subjects, no doubt!

Nevertheless, the title of the top crunch of my sandwiched movie-fashion-movie life could make you green with envy. Before I reveal it to you, let me make it clear that French and German regular movie-goers have already enjoyed it as soon as early October and that American audiences will only discover it from December 27. Are you seeing the wonderful picture just above? It was used as a visual support to the movie’s billboards which were all over Paris just while all international fashion writers were in the City of Lights. Pure chance ? Influential scheduling ? Anyway, the movie is called Perfume: the Story of a Murderer, based on the best-selling novel by Patrick Süskind, and you’ll have to wait until after Christmas before you can see it, or celebrate Halloween or Thanksgiving in Europe. Why not?

These three movies all have something to do with fashion: I will not talk extensively here about the first one, which as we all guess and will no doubt check soon :
– has proven, more efficiently than any runway show, that a young woman could look absolutely fabulous in a Chanel total look,
– has made more popular than ever Manolo Blahniks and Jimmy Choos,
– might even have helped Olivier Theyskens in getting a new Creative Director position at Nina Ricci, after Rochas had stopped its clothing activities,
– not to mention how it has increased worldwide the fame of clothes by Oscar de la Renta or the rate of Prada handbags sold in international retail.

Styled with her usual creativity by Patricia Field, the looks were undoubtedly gorgeous throughout the scenes and they are certainly having an influence over what we are wearing now, aren’t they? Anyway, I doubt they will have a very long lasting impact on creating a change that will be noticeable over several seasons in the way we wear Prada, Gucci or Yves Saint-Laurent and others designers’ clothes or accessories.

The Marie-Antoinette movie is creating some other kind of impact, it seems. Due to the impeccable costume history research made for it, some things have changed now:
– Experts can refer to the movie to illustrate what a Watteau-pleated back is in a coat or in a dress
– Everybody has admired and been inspired by the shoe design, and more and more American fashionistas will no longer mix up Ladurée’s unique macaroons* with the kind that is stuffed with grated coconut.
– Big volumes now have a movie to refer to and some fashion shoots have definitely restored the privileges of nobility to put these big volumes back on the throne of fashion.
– Marie-Antoinette fashion was made popular and trendy not only by the september issue of Runway (oops, I am getting confused in the movies, I meant by the september issue of V….), but also by the mid-july issue of French Madame Figaro.

But will these effects only last for a short while around the immediate release of the movie or will they cause a deeper trend wave? The worldwide schedule of releases of Marie-Antoinette –i.e. France in spring 2006, America in fall 2006, Australia in december only, Latin America and Northern Europe in january and february 2007, Korea and Bahrain in march next year- might well set up a deep wave trend that could go beyond the momentary. Due to the time it has taken the movie to cover the world, I would not be surprised to discover again its effects on the runways for Fall 2007 or the season after. The question, in other terms, could be: are movies influencing fashion trends or is fashion influencing the movies? Both, I guess, and we all have numerous examples on our minds, but to what extent?

The third movie I wanted to let you know about is certainly beyond a deep wave. The novel on which it is based is a timeless masterpiece. If you have never read it before, just jump to it*. If you have, you will probably enjoy, as I have, the version that German director Tom Tykwer has filmed, starring a newcomer, Ben Whishaw, as Jean-Baptiste Grenouille -the murderer who wanted to capture the essence of femininity and beauty-, supported in his performance by no less than Dustin Hofman and Alan Rickman, both excellent as usual. I shall not tell you the story here, you have to read it, watch the movie, listen to the wonderfully desperate music also composed partly by the director, and preserve all of your senses for these grandiose, poetic two and a half hours of exceptional footage. I might have written “all of your senses” too hastily, because olfaction is the sense that will be miserably unquenched when you watch the movie or read the book. How fashion is relating to this movie -apart from its anecdotic French premiere- I shall not reveal here either. I am working on an upcoming and yet secret story you should prepare your nostrils for. I hope your fashion and my interview schedules will allow you to read it here soon enough.

* Perfume: the Story of a Murderer by Patrick Süskind was published in the U.S. in 1987 by Landmark Books.
Here is the link to the movie’s official website:

Photo: Perfume: the Story of a Murderer, picture used for the release of the movie in France (courtesy of Metropolitan Filmexport).

Perfume: the Story of a Murderer 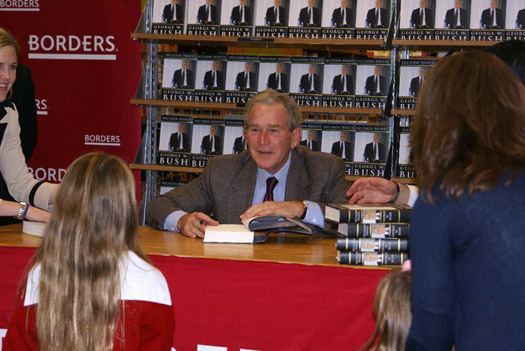