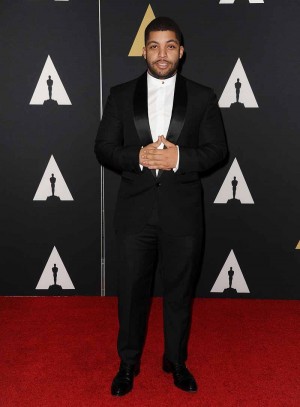 The actor wore a one button shawl tuxedo combined with a white band collar shirt with a single gold Medusa button detail; he finished his look with a pair of black leather lace up shoes. 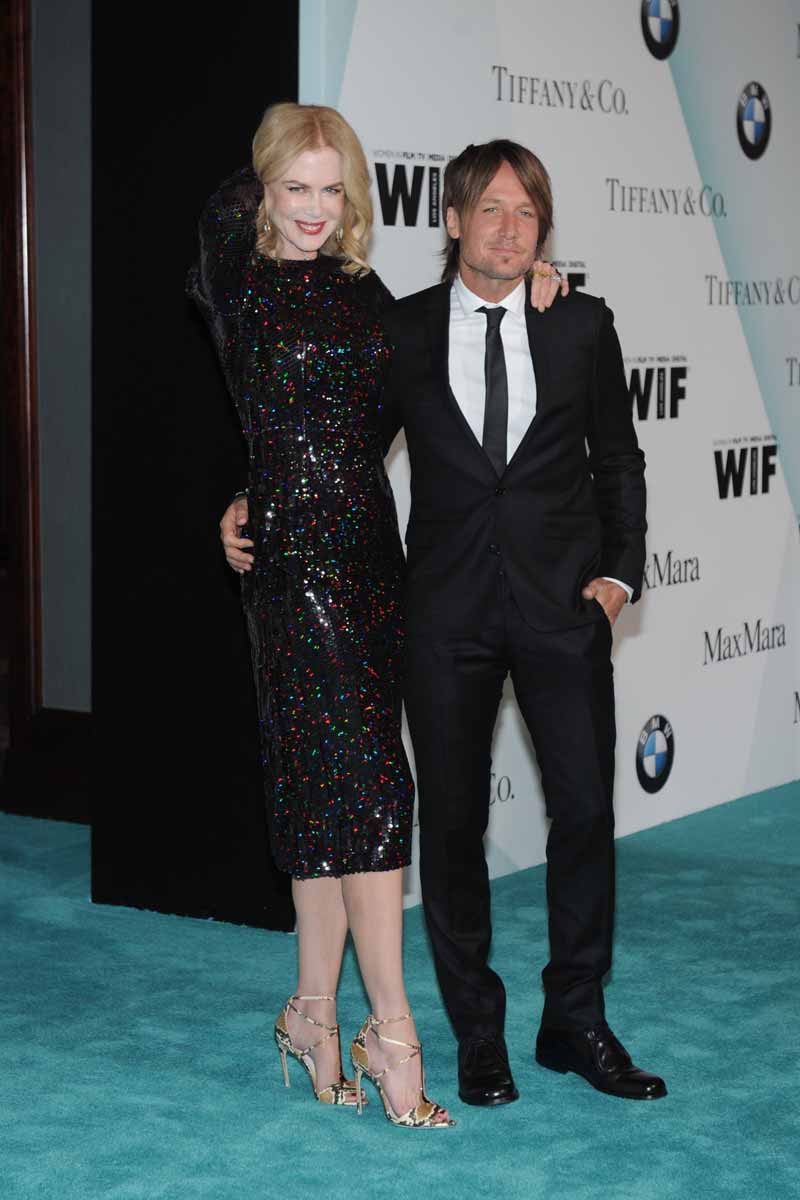 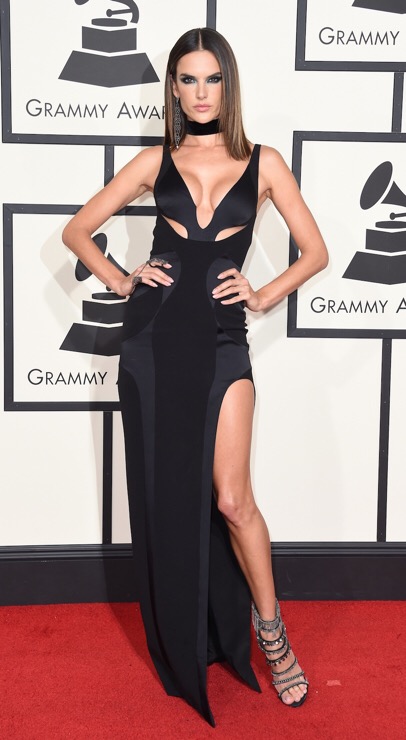