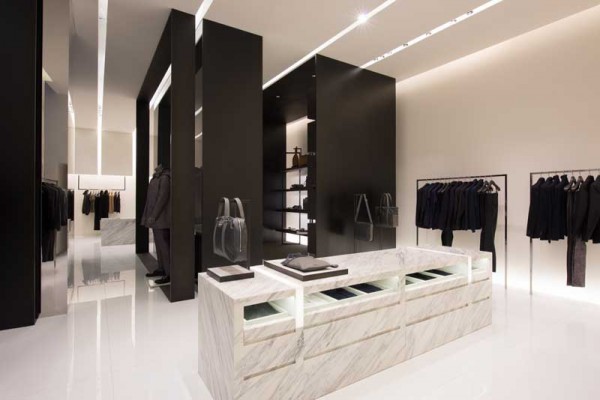 On Friday, April 11, 2014, Calvin Klein, Inc. is hosting a multi-brand event in Singapore to celebrate the Calvin Klein brand across Asia with a one-of-a-kind architectural installation.

Singapore was selected as the location for this event to celebrate the company’s continued global expansion, especially within Asia, and to mark the opening of four new Calvin Klein Collection stores in Southeast Asia this year in with our long term licensee Club 21.

The new Calvin Klein Collection stores will open in the region in the coming months beginning in Singapore (The Shoppes at Marina Bay Sands, April 8th) and Hong Kong (Elements, April 9th) with two additional stores to open in Bangkok (Central Embassy, May) and Malaysia (Pavilion Kuala Lumpur, July).

“These store openings mark a significant milestone for the Calvin Klein Collection brand as they further extend the brand’s presence in this very important region and builds upon our longstanding relationship with Club 21,” said Tom Murry, Chief Executive Officer of Calvin Klein, Inc.

“This event will also be the first presentation of Calvin Klein Underwear, and the newly positioned Calvin Klein Jeans line, in Asia since the company brought those brands back in house last year.”

For the one-night-only occasion, Calvin Klein, Inc. will present a unique concept house, designed by renowned American architect Joshua Prince-Ramus, uniting many of the company’s different labels and product categories under one roof.

The structure will be constructed within a hangar on the grounds of the former Kallang Airport – which was decommissioned in 1955 and has since been designated as an architectural landmark.

The installation will mark the first time a branded event will be held in the space and will employ technology to engage event guests in the interactive experience.

Calvin Klein Home pieces will be featured throughout and there will be over 30 live models wearing key looks from the Fall 2014 Calvin Klein Collection,

Calvin Klein platinum label, Calvin Klein Underwear and the newly relaunched Calvin Klein Jeans line. Each brand will have its own designated space within the concept house, allowing each its own distinctive experience, while making a powerful statement about the complete Calvin Klein lifestyle brand.

Said Malcolm Carfrae, EVP & Chief Communications Officer of Calvin Klein, Inc., “We look forward to celebrating our growing presence in the region with this impactful, large-scale event. We are also thrilled to collaborate once again with the distinguished architect, Joshua Prince-Ramus, to present our forward-looking brands in Singapore in a cohesive, modern way.”

Celebrated for his eloquent, intelligent designs, Mr. Prince-Ramus is the Principal of REX, an internationally acclaimed architecture and design firm based in New York City. Mr. Prince-Ramus is widely known as the architect behind the renowned Seattle Central Library—which has been hailed as a masterpiece of contemporary culture—and was credited as one of the “5 Greatest Architects Under 50” by The Huffington Post.

He previously collaborated with the Calvin Klein Collection brand in 2008, to create a futuristic concept home, entitled “Madison Avenue (Doll) House,” that served as the centerpiece of the annual holiday window display featured in the brand’s Madison Avenue global flagship store in New York City.

The installation spoke to the needs of modern, urban living, while addressing the use and importance of space.

Said Mr. Prince-Ramus, “Calvin Klein Collection combines remarkable elegance with a hint of transgression. For the Singapore event, we created a concept house that mingles the Modernist sophistication befitting a Calvin Klein home with a little architectural disobedience and a touch of voyeurism.”

The new Calvin Klein Collection stores will follow the brand’s updated global store concept design. The new design features a sleek Italian marble and glass storefront that mirrors the surfaces found inside, while the interiors are complemented with state of the art lighting and modern furniture.

A salon within the store acts as a curated space where pieces from the current collection can be featured in a more intimate setting. This store concept was first implemented in the Calvin Klein Collection store at Forum 66 in Shenyang, China, and recently received an Honor Award in the Interiors category of the New York State chapter of the American Institute of Architects’ 2014 Design Awards.

This event is another in a series of global events that Calvin Klein, Inc. has held over the past few years in important and exciting global markets such as London, Milan, Berlin, Tokyo, Shanghai, Sydney, Seoul, Dubai, Rio de Janeiro, Los Angeles, and New York. 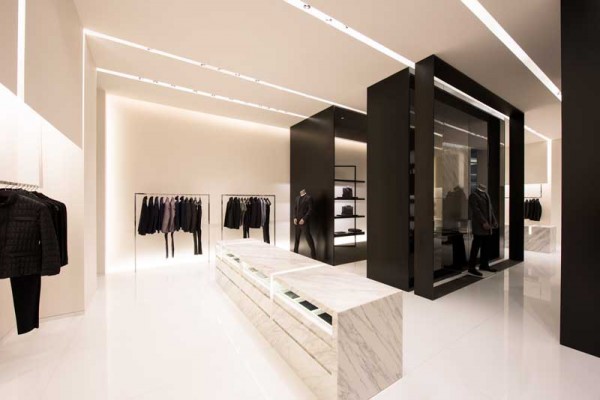 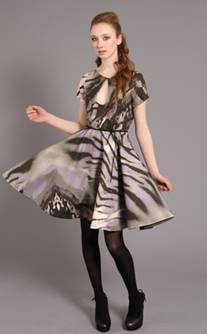