PARIS, Oct 2, 2006 /FW/ — The very first day of the Paris Fashion Week is now behind us and I must say it was quite an exciting day packed with the surprises and disappointments of any big fashion show day.

I have started the day though with a major wonder. I thought that the controversy around the decision taken in Madrid to ban estimated underweight models was based on no serious grounds. There is so much strategiy thinking in the fashion world that I thought, in my innocent (or perverted) mind that the decision taken in Madrid  could have been taken also to draw press attention to the Madrid Fashion Week, called Pasarela Cibeles, as it is not getting the same international media coverage as the major fashion capitals are.

From this point of view, their decision was efficient indeed : all the written media have echoed the piece of news, made reports about it, world-famous designers have sometimes expressed their position about it, fashion writers (including on this site) have told their stories, models’ agencies have tried to justify their action, TV programs have been aired etc. Nevertheless, I could not help but be shocked this morning at the Jefen fashion show, opening the Paris Prêt-à-Porter. The news that this is the first Chinese designer to show in Paris made me attend the show, but my real shock there was the age and the figures of the models involved.

Younger than young girls and thinner than any female silhouette I had ever seen before on a runway…. I first thought that this could be because the clothes shown here were designed for Chinese women who are usually smaller than the Western types. But there was one Asian girl among them, and she was probably the tallest among all, probably older that the other girls and I would not be surprised if she had a little more flesh on her bones.

I have always defended freedom for the designers. Freedom to select the silhouettes they want to dress, freedom to cast the models they want to display their clothes on at best. But I must admit that the limit was reached yesterday at this show, even according to my standards.

By the way, the designer is probably hardly fully responsible for it in this case. He was showing in a foreign country and far away city and the casting could have been made before he arrived. Nevertheless the result looked to me like  a sort of macabre dance instead of a fashion show. Let me explain. The trend for these past three or four seasons has been younger and younger girls. We all know that the younger models, the slimmer they are. The models hitting the runway yesterday early in the morning were so young that they could hardly have any experience walking for a designer. They gave me the impression of a flock of skeletons walking the runway for a second. This is when I came to think of the paradox fashion circles are now facing. With the search of idealized youth looks, we are all now mixing younger-looking and slimmer. But when you reach this level of slim, excuse me, you are showing more bones flesh and you look more like a mummy or a skeleton than a live woman.

This is why, for a moment I had an impression of seeing a parade of walking skeletons this morning. Who can be counted among the possibly responsible for that ? Some designers, of course. We all know, in the fashion industry that a fitting is easier to make on a meager creature than on a regular woman with reasonable shapes. Anybody who has attended fittings knows that! I wonder what some of the outfits I have seen this morning would look like on a regularly slim woman or girl. I think many a designer might well abandon some of his designs, had he seen the final result in the streets worn by regular women. But these designers are not the only one to blame. Who els ? The models agencies? Maybe too. I believe also that the people doing casting for a fashion house should also be blamed for not daring say what they think and make their choices.

By the way, younger models are also new on the market and cheaper, if you get my drift. Even some very established and venerable houses have played that trick in the past to cut down the costs for their shows. So, there could also be some kind of economic reason for the models looking so thin. All the girls I saw this morning were new faces.

I cannot tell you how happy I was to recognize models already seen in Milan, New York or Paris in the last seasons during the following shows of the day where the standard measurements were more usual. The girls had more regular features and were certainly healthier. Hopefully, this is what will happen also in the coming days. Let me hope so  If we go on like this, using younger models and starving them for the best style reasons, this might even affect their regular bone growth. Shall we continue until models completely lose even their skeletons. Is this a real  fashion designer’s dream ? 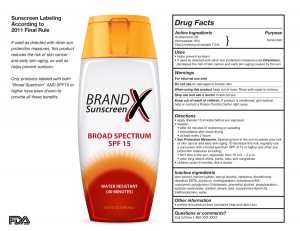 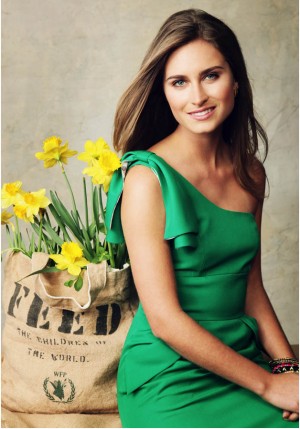