PARIS, Jan 23, 2008 / FW/ — The world’s more exquisite and most expensive dresses, that’s how a lot of people, including fashion pundits define haute couture. It’s about the beauty and the craftsmanship; the clothes that make women dream. Now, the question is – who wears haute couture?

Statistics are rather sketchy. Haute couture houses are secretive about their clientele. Traditionally, the houses would not even give you how many clients they have. Because, the truth is, you can actually ‘count’ haute couture clients. In couture houses, these clients have names, and actually identifiable, including vital statistics.

According to figures published several years ago, during the 1960s, haute couture clients numbered about 15,000. When the 2000s rolled around, the number has dwindled to about 1500, perhaps even less. Even the demography had changed. Before, Americans count for about 50%, today, most haute couture clients are from the Middle East.

So, while the world’s population is increasing, the number of haute couture clients is dwindling. And while the once classified as ‘poor nations’ like China and South Korea are now the new luxury markets added to the traditional luxury markets of North America, Western Europe and the Middle East, it seems that there are very few recruits coming in to haute couture.

The Spring 2008 haute couture collections are living it up to how we define haute couture – beautiful, exquisite and highly covetable. But, who are the women who covet them?

Case in point, the Chanel collection that was inspired by the ocean, seashells specifically are light and airy, as if you are walking on air. It’s exquisite and dreamy. It is based on the classic Chanel suit; in fact, the jacket is the key item. Is a 24-year old heiress coveting them? Or, is she thinking that it is something that her mother will wear.

If the sea inspired Karl Lagerfeld at Chanel, angels inspired Christian Lacroix. In a collection entitled, “An Angel Passing By,” Christian Lacroix used vivid colors and flowers. Rounded puff-sleeves and voluminous puff-ball skirts, will a sorority girl wear this for a sorority party or the fraternity ball?

Giorgio Armani is on the Hollywood frame of mind crowd especially with Academy Award winner Hillary Swank and Sophia Loren sitting front row. Sending day dresses and evening gowns that can easily be worn during Oscar Week and the Cannes Film Festival, it is obvious who Armani’s target clientele is.

Inspired by John Singer Sargent portrait of “Madame X”, John Galliano sent out a 40-piece collection for Christian Dior that can only be described as Gallianonesque. Reminiscent of his Madama Butterfly collection, it is as marvelous as we can imagine, but we get the feeling that we have seen it before.

Perhaps, the only innovation this season came from Adeline Andre whose collection is wearable, but not as fancy looking as Giorgio Armani or Christian Dior. Her famous third sleeve is an engineering marvel, if there is such a case in fashion.

Surprisingly enough, it was Anne Valerie Hash and Riccardo Tisci at Givenchy that presented collections that are edgy and will be attractive to the 20-something age group. Hash’s use of the Japanese art of origami in her collection is a refreshing look on a thousand-year old art. Tisci’s graphical silhouettes are modern that can also be described as edgy. 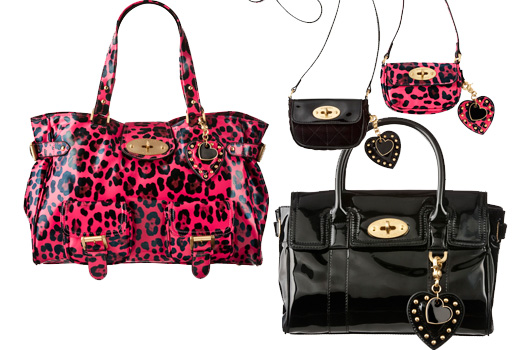