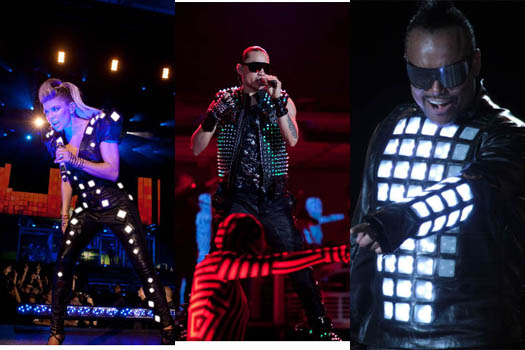 PARIS, June 28, 2011/— The Black Eyed Peas truly lit up the stage at the highly anticipated and historic three night stand at the Stade de France. The shows took place in the sold out 80,000 capacity stadium, in the suitably named City of Light, Paris.

Known for pushing the boundaries of music, fashion and technology to deliver stand-out performances, Fergie, Taboo, and apl.de.ap kicked off the show in unique dynamic-light costumes developed in collaboration with Philips and incorporating Philips’ latest LED and OLED (Organic Light Emitting Diode) technology.

The revolutionary costumes were designed and created by Philips Lighting’s Chief Design Officer, Rogier Van der Heide, and his multi-skilled design team in collaboration with B. Åkerlund, the Black Eyed Peas’ lead Costume Designer/Stylist. Combining her visionary styling as well as expertise across fashion technology, motion video and electronics, the team created a radical, groundbreaking and multi-functional design.

The collaboration began when Fergie wore a one-of-a-kind dress designed with Philips lighting technology, while performing at the recent Billboard Music Awards. With this latest performance for European fans, the ever-pioneering artists raised the bar even further, with outfits specially designed around Philips lighting technology to seamlessly and wirelessly interact with the stage lighting and music beats.

Fergie’s leather catsuit was carefully integrated with 75 OLED panels, which sparkled like mirrored glass when turned off. When illuminated, the panels were controlled remotely through a software program to orchestrate patterns and lighting sequences to the set-list, resulting in a truly innovative and integrated performance of music, lighting and technology.

In addition to Fergie’s catsuit, the team developed custom leather costumes for apl.de.ap and Taboo that integrated different lighting elements to reflect their unique personalities and styles. apl.de.ap wore a leather LED suit designed to mimic a graphic equalizer, as well as integrating the Philippine flag, as reflection of his national pride and love of music. Taboo’s unique suit complimented the group’s futuristic style with silicone studs to diffuse the light of nearly 1,000 LEDs, moving in patterns across his body and in sync with the rest of his band mates.

In addition to the costumes, Philips has also worked closely with members of The Black Eyed Peas production team to provide input, creative direction and support on the lighting technology utilized in their show. The two forces will continue to look for ways to further collaborate and see what light can do in entertainment. 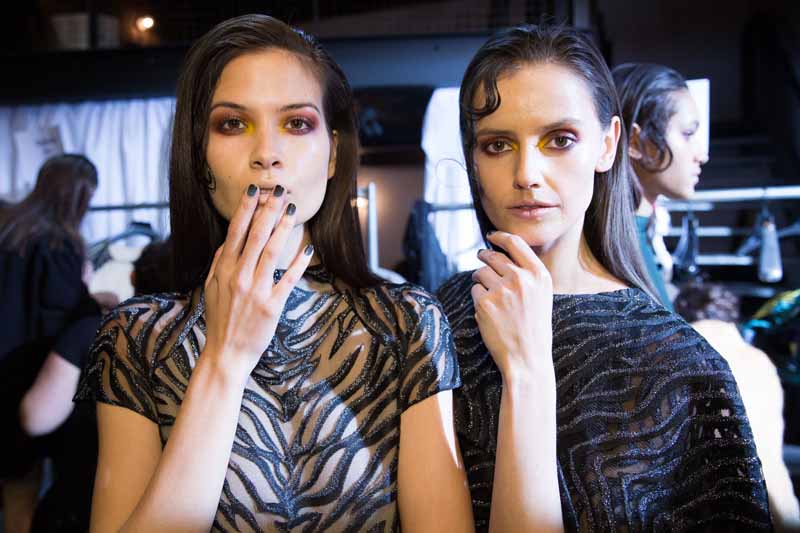 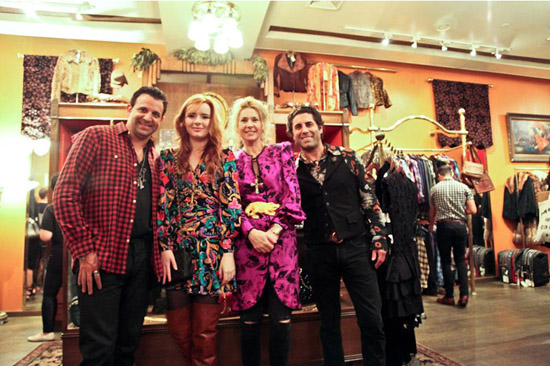