DALLAS, July 22, 2007 / FW/ — With a very eclectic Menswear Spring 2008 collections unveiled in Milan and Paris last month, the fascination of designers on the electronic media has been very pronounced.

With the silhouettes bordering on futuristic, even sci-fi, including some references to video games, it looks as if the MTV generation has been replaced by the ‘gaming generation’ when it comes to influencing socio-cultural trends.

And truly, as a player of Final Fantasy since its inception when it was still with Nintendo, I can honestly say that the creators of the game have always been on the cutting edge of technology.

As a fashion editor, (gamers also grow up and lead normal lives), it was very easy for me to notice how the costumes of the characters has also become more fashionable and very wearable, in reference to Final Fantasy XII.

For the fashionistas who have not heard of the game, here is a short synopsis. The game takes place in a world called Ivalice, where two empires are fighting for domination. In between their vast territories is a small kingdom called Dalmasca, with its dethroned Princess Ashe trying to reclaim her kingdom and her people who are now under the rule of the Archadian Empire.

There are six main characters – Princess Ashe, Basch (knight and protector of the princess), Vaan, a teen-age boy, Penelo, a teenage girl, who are both citizens of Dalmasca and lost their families in the war. There is also Balthier, a sky pirate, who was a former Judge (the enforcers of the Archadian Empire), whose family is part of the Archadian gentry and Fran, a Viera, which is one of the several humanoid races of Ivalice.

With these descriptions of characters, one almost expects flowing gowns like Cinderella’s and knights in shining armors. And, though these costumes exist in the game, the main characters or ‘players’ actually wear costumes that can actually be worn!

Again, this is a big improvement on Final Fantasy because previous games have been criticized as having very non-wearable costumes! Believe it or not, gamers have a fashion sense! And on Final Fantasy XII, the creators listened and designed clothes that are actually wearable.

Take Princess Ashe for instance. All throughout the game, she wears a red mini-skirt, a knee-high pair of red boots and ornate leggings/chaps to cover her legs. Basch, her knight and protector wears a military-inspired red sleeveless shirt (the sleeves actually cut off), paired with skateboarder shorts.

Fran, the Viera on the other hand looks truly sexy in her body suit showing off her long legs and svelte figure, with her matching high heels! Talk about high street fashion! And this is a video game!

To fashionistas, this is not groundbreaking in the sense that they have seen these outfits on the runway and of course in the stores. For video games, Square Enix, creators of Final Fantasy broke new grounds by incorporating modern day clothing into RPG (role playing game) that is based on sci-fi / fantasy.

Hence, we arrive at this question. When MTV went on the air during the 1980s, after its novelty wore off and it became part of our lifestyle, whatever singers wore in their videos became part of fashion on the street that ultimately reached the runway. Case in point, the ‘grunge’ look, which up to today is mistakenly attributed to Marc Jacobs.

For the record, the ‘grunge’ look started in the then underground Seattle music scene that brought Pearl Jam and other alternative bands to the world.

As MTV matured, it also became a launching pad of new fashion and also a marketing tool for big fashion companies. Toni Braxton in her rendition of ‘Unbreak My Heart’ wearing a white floor length frock by Tom Ford designing for Gucci made that video unforgettable.

So, will video games become the 2000s MTV when it comes to launching new fashion? Will Madison Avenue recognize it as a great marketing tool? Will fashion houses consent to have their new silhouettes be part of the very lucrative video game business?

In our high tech world, a positive answer to these questions is actually not far off. 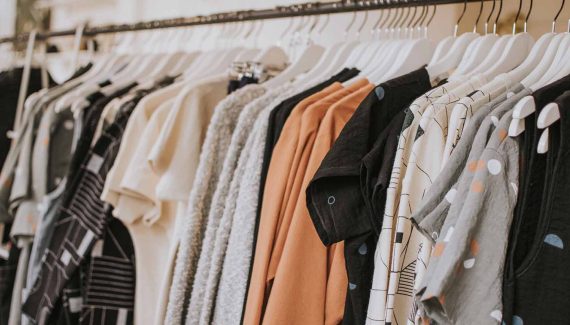