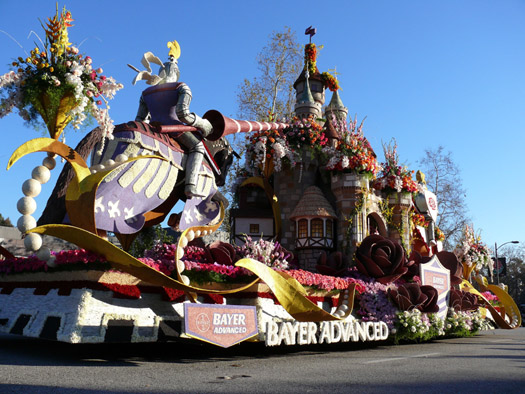 LOS ANGELES, Jan 1, 2010 / — The Bayer Advanced Camelot float, with more than 10,300 roses, including the world debut of the Dick Clark rose variety, appeared in the 122nd Rose Parade® on January 1 in Pasadena, California.

The Bayer Advanced Camelot float features a large castle that represents Camelot and two Knights of the Round Table jousting on a bed of thousands of roses, orchids, daisies and carnations. The float also features 24 giant sculpted roses.

Clark has ushered in the New Year for 39 years. He hosted the American Bandstand musical variety show for 32 years. Dick Clark Productions also produces the Golden Globe Awards on NBC, The Academy of Country Music Awards on CBS and So You Think You Can Dance on FOX.

This is the 11th consecutive year Bayer Advanced has appeared in the Rose Parade. Phoenix Decorating’s Michelle Lofthouse designed each float.

In addition, Bayer Advanced rose care products are used on the 2,000 rose bushes in the Wrigley Gardens near the Tournament of Roses Association headquarters. 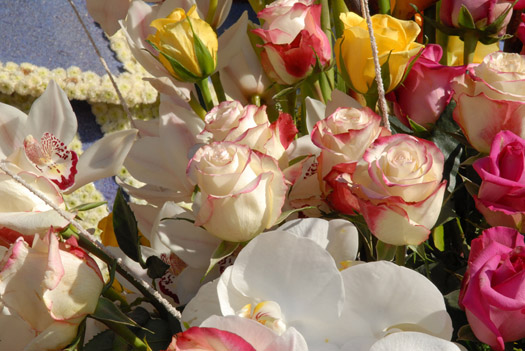