PARIS, Oct 13, 2006 – /FW/ — Bar Cesar is the elegant and yet relaxed bar inside the Hotel de Crillon, one of the best hotels in Paris where so many kings and presidents, movie and music stars have been guests, and where Parisians go from time to time, for a soothing moment away from the city noise and yet on the most wonderful side of Place de la Concorde. The bar was designed by no less than French sculptor César. The venue just seemed very adequate for us, on that day, a week ago, as it was decorated by Sonia Rykiel herself and just across the road when we left the tent which hosted her fashion show for spring 2007 in the afternoon, on the outskirts of Jardin des Tuileries.

The place was crowded with the usual visitors, top business travellers, hotel guests, some people taking part in the luxury car fair hosted in town, some fashion writers and runway models that Paris boasts with during fashion week. In the middle of this crowd, the chief barman, Monsieur Philippe Olivier, nevertheless recognized us as “habitués” and apologized for having only two high stools to offer right at the bar. We accepted because we desperately needed a seat, a drink and also because the stools were unexpectedly comfortable. Most of all, I realized that I was always having here my usual mix of fresh orange and grapefruit squash mixture, and, over the counter, I was looking for the first time at the cocktail menu.

Flipping through it more than reading it carefully, I noticed a name that was familiar: Galliano! Could it be that the Bar Crillon had already created a drink as a tribute to the designer? Or was it a new expression of LVMH star couturier’s creative marketing? I asked the barman about it:
–          Excuse me, please, can you tell me exactly: what is Galliano?
–          It is a vanilla liqueur, Sir!
–          Oh, is it?
–          Yes, if you want to see it, let me show you the bottle…

The barman then exhibited a very particular bottle in the shape of an elongated cone containing a bright yellow liquid. The label on it was white and printed with purple gothic letters. It did shout “Galliano” and mention vanilla. The chief barman then explained that it was a sweet, Italian herbal-flavoured liqueur made with hints of anise, liquorice and vanilla, as well as other herbs and spices. “As an ingredient, it is used in more than one hundred cocktails and long drinks and you will find it here on our suggested cocktails under Golden Cadillac or Rumba ” added Monsieur Olivier, “It can also be drunk on its own, and was created in Italy by Arturo Vaccari”.

This Galliano asked for research and, after fashion week was over, I investigated the internet for it***. Actually, Arturo Vaccari decided to call the new drink he created in 1896 Galliano, in honour of an Italian officer who had died on that same year in an Italian colonial war. Major Giuseppe Galliano was a member of the Italian Abyssinian forces in Ethiopia in 1895. He commanded the troops that successfully defended a small fort near Makele where he had only 2,300 men against an Abyssinian army with over 80,000. Sounds like the Alamo all over again, doesn’t it ? Only this time the hero resisted and lived after the battle. When he died, a year later, he went on to become part of Italian folklore. The fame of the Galliano Liqueur quickly spread*.

In 1969, Galliano got a big boost in sales from a top Californian surfer named Harvey who, after a particularly rough day on the waves when he lost a surfing competition, tossed down a few at the local bar of his new favorite drink – a Screwdriver topped with a dash of Galliano! From then on, Harvey would proceed to down quantities of his own favourite creation, and in due course use himself as a pinball on his way to the bar’s door: Harvey’s Wallbanger was born! It is today, the most famous cocktail with the liqueur**.

But this is not the most stylish drink including Galliano. Here comes what could become a fashionista’s favorite recipe:
Muddle together with white sugar syrup, three wedges of lemon and four wedges of lime. Add in a cocktail shaker with ice, one ounce of Galliano, one ounce of Absolut Citron vodka, half an ounce of Marie Brizard white creme de cacao. Shake vigorously and strain into a chilled cocktail glass****.
Want to know the cocktail’s name ? Chanel Number 5!

***For a complete research article in italian about Major Galliano, Arturo Vaccari and Galliano liquor, go to emiliosalgari.it http://www.emiliosalgari.it/appunti_di_viaggio/schiavo_somalia.htm 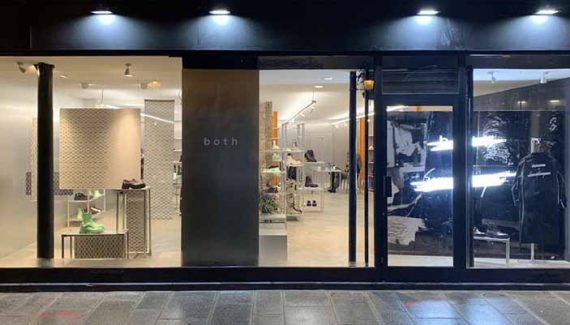