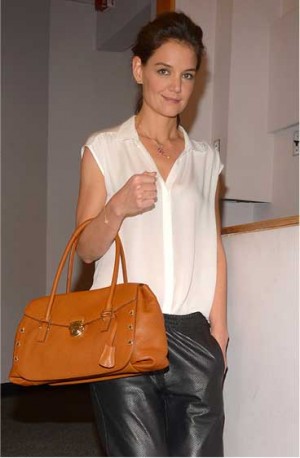 Spotted in New York last February 2014 on her arrival at the taping of the “Rachael Ray Show”, Katie Holmes looked as chic as ever with the Trussardi Rider Bag, the ‘it’ bag for spring/summer 2014.

The well-known actress, who appeared in popular films and TV series such as “Batman Begins”, “Thank You for Smoking”, and “The Kennedys”, chose the Trussardi Rider Bag in the soft tobacco nappa leather version with a rivet motif.

Katie enhances her “effortless chic” look with the new must-have bag. An elegant accessory with a rocker soul that echoes Trussardi tradition, it’s the ideal bag for accompanying a chic, cosmopolitan woman anywhere she goes. 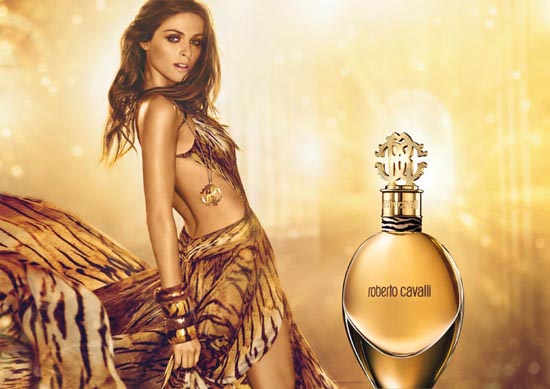