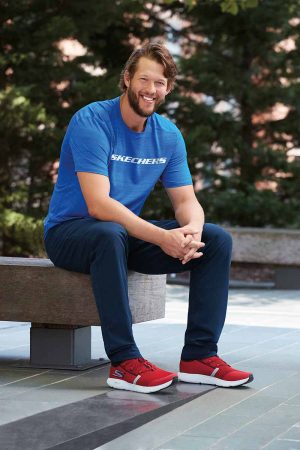 The popular pitcher will appear in global marketing campaigns for Skechers men’s performance and athletic lifestyle footwear set to launch in 2020. Kershaw is also collaborating with the brand on several styles and recently debuted a custom exclusive baseball cleat.

“I’ve been working with the design team on several styles, and I am extremely impressed with the performance and comfort offered by Skechers. We have some unexpected and exciting ideas that fans will love.”

A left-handed starter, Kershaw has spent his major league career with the Los Angeles Dodgers. Drafted seventh overall in 2006, he quickly progressed through the Dodgers’ farm system and reached the majors in 2008 at only 20 years old, making him the youngest active player in MLB for an entire year.

An eight-time All-Star, Kershaw has the lowest career earned run average and walks per innings pitched average among starters in the live-ball era with a minimum of 1,000 innings pitched. He led the MLB in ERA for four consecutive seasons from 2011 to 2014 and recently surpassed the legendary Hall of Famer Sandy Koufax for most wins and strikeouts by a left-handed starter in Dodgers history.

Off the field, Kershaw and his wife, Ellen, seek to serve vulnerable and at-risk children in Los Angeles, Dallas, Zambia and the Dominican Republic through “Kershaw’s Challenge,” the couple’s charitable organization.

Skechers shares their commitment to children and has agreed to sponsor the Kershaw’s Challenge annual PingPong4Purpose charity event held at Dodger Stadium each summer. Kershaw has been honored with the Roberto Clemente Award and the Branch Rickey Award for his humanitarian work.

The range of men’s performance and athletic lifestyle footwear from Skechers is available at Skechers retail stores, online at skechers.com, as well as in department and specialty retailers around the globe. 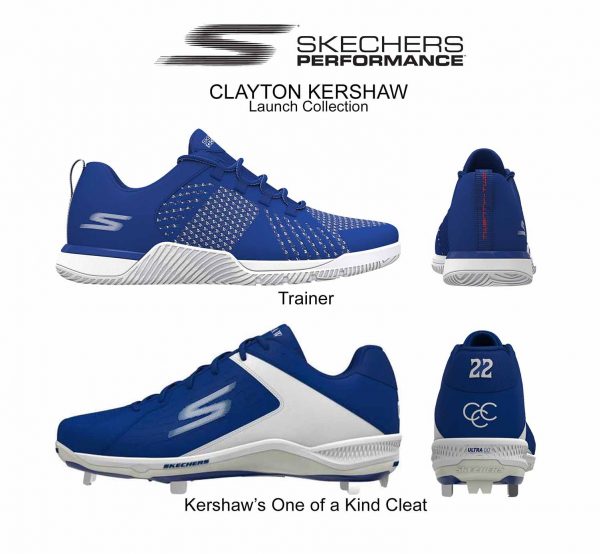