NEW YORK, Sep 11, 2005 / FW/ — Sponsors are everywhere in New York City for the Fashion Week. To a European eye, this is an entirely new concept.

Paris-based designers’ houses have tended to think and also promote that a good fashion show, because it should promote its own brand, its own luxury brand, should never get it all mixed up with the image of another brand, even if involved in the market of luxury goods, not to mention any other disqualifying product.

So, in order to understand fully our astonishment at the multiplicity of sponsors for any event here, you have to understand that to our French minds, commerce and creation have opposed values.

Confronted with their omnipresence here, we are learning how Americans deal with this issue. I must say, my French mind found first nearly indecent that such an institution as a world famous fashion week should be commonly called the Olympus Fashion Week.

Since I have arrived here, I have discovered how the Olympus sponsorship is vital, unobtrusive and justified by all the present photographers. It’s a sponsorship with a good fit.

This morning, we discovered another aspect of sponsorship while we were sitting front row, waiting for the Costello Tagliapietra show to start.

When I got to know that the man on my left was John Moroney, VP of Sebastian, the company whose logo was being shown on the wall right in front of me, I knew I would get to understand more about his reasons to become one of the main sponsors of the shows taking place at the Altman Building this season. I was not disappointed.

His reasons for sponsoring the Altman Building shows are various. His first reason is obviously to get some exposure for this brand, which sells cosmetics and hair care products with a neighboring universe: fashion.

Another reason, which is personal and more important in his eyes, is that he wants to support young and edgy designers to show their collections in a nice setting and within a structure that allows them to hold a real show without having to invest one extra dollar, except for the production of his or her collection.

Not only is John Moroney giving these designers his company’s money, but also Sebastian’s experience in the field of beauty with the help of their own hair and make-up artists to help fashion designers make decisions and take options for their runway shows.

“Sebastian considers hair like a fiber and our products help to make it like a fabric to suit the designer’s style and accompany him to create, with the help of our team, the best matching looks,” says Moroney.

I truly believed him and his company’s involvement in fashion’s future.

The involvement of UPS with the opening of the UPS hub, a fourth venue at the Bryant Park tents this season, seems to me very much on the same line as it allows upcoming designers to show there with no cost for the venue.

A company like Judith Ripka, the jewelers, also seem, by the very nature of their activity, to have a natural link to fashion, and their presence in the booths of the tents’ lobby is highly justified, above all when they organize a draw for a very beautiful ring for fashion writers!

With that said, I have to add that I have thoroughly examined the goodies’ bag given at the tents today to the press: it was very heavy and contained every kind of product from books and magazines to make-up and shampoo, airline special offers and designers’ bags, dietary supplements and body scrubs, serious dark circles and other skincare, etc…

Only one product remains like an enigma: “O-cel-o heavy duty sponges”. In this particular case, my French mind can still not quite understand what their link to the fashion world can be! 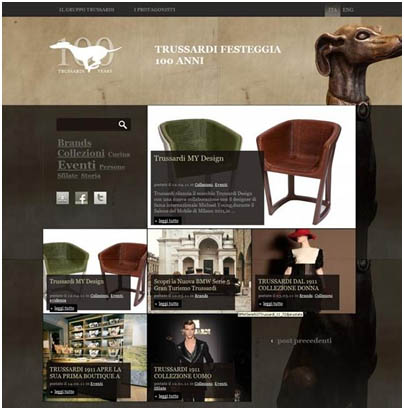