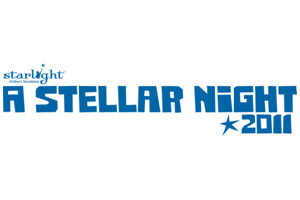 Co-hosted by Jenni Pulos, from Bravo’s “Flipping Out,” and Bailee Madison, actress from “Just Go With It” and Starlight StarPower Spokesperson, and with a special performance by former Starlight child and cancer survivor Zacharia (www.zachariamusic.com), “A Stellar Night” will pay tribute to the inspirational stories of Starlight children and their families and honor industry leaders and humanitarians whose hope and compassion have helped combat the pain, fear and isolation experienced by seriously ill children and their families.

Starlight’s Heart of Gold Award is presented to individuals who have a deep commitment to children and generous hearts. As a charity close to their own hearts, Kathy, Nicky and Paris Hilton regularly commit their time, energy and resources to support Starlight’s programs and brighten the lives of the seriously ill children and families it serves.

Starlight’s prestigious Jacki Carlish Humanitarian Award will be awarded to Do Won Chang in recognition of his good deeds and hard work to help children and families everywhere. The Chang 21 Foundation has provided aid to Third World countries, churches, and other faith groups, as well as generous support to Starlight that enabled it to expand its services last year to reach about 200,000 more seriously ill children and family members than it did the year prior.