It was also the day of meeting people, because all the fashion journalists, retail buyers and photographers come full on.

Vivienne Westwood was the first show at the Carrousel du Louvre, the official venue of the Paris Prêt-á-Porter Fall 2004 season.

It was followed by Marithé + François Girbaud. And it was here where I met so many of my friends and acquaintances in the fashion business.

Pamela and Sonia of Essence Magazine were sitting by Michelle (FashionWindows Milan Bureau Chief) and I. Sitting on Michelle’s left was Rod of Miami’s Sun Sentinel. Just in front us is Bill Cunningham of the New York Times.

It was like a family reunion with handshakes, hugs and air kisses being exchanged. It was as if we had not seen each other for ages, though in actuality, all of us saw each other in New York three weeks ago.

The biggest news of all was finding out that Norma of Quinto & Company, U.S. Press Office for Marithé + François Girbaud is on the family way! Another round of hugs and kisses came, this time congratulatory in nature.

When the show ended and everyone rushed to the next show, it again became obvious to me why I do not get tired of covering the fashion season.

Friends are friends wherever you are! We might be in at home, in New York, London, Milan or Paris, but we are friends no matter where we are. 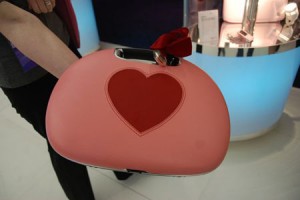