PARIS, Oct 8, 2006/ FW/ —  In the buildings around the extremely fashion-oriented boutiques of Place des Victoires in the centre of Paris, lies a little courtyard,  and the staircase on the other side of this charming historic building leads on to the most charming, sunny, peaceful design studio. Let me explain, we came here to meet with Alexandre Vauthier, who has been for two seasons now, the Director of Creation for Lilith. You might  have heard about this discreet fashion brand, which has always preferred, for the past 15 years, talking about clothes than about fashion. You might even know one of their 15 own brand shops throughout the world, just as I did know the one they have here on Rue Cambon , just opposite the Maria Luisa boutique, and where I have always seen a few interesting pieces just passing by their shopwindow. Does that ring a bell?

I chose to meet Alexandre Vauthier today, on the last day of this fashion week, because I wanted to find out about one of the Paris fashion houses which, although they are based in the same city and are successful, have chosen not to show on a runway here. Julien Fournié, Mari Davis and myself have carefully selected this brand, because it has never organized a fashion show in Paris, and is currently selling between 80.000 and 100.000 pieces every season, which, in the world of reasonably priced high end ready-to-wear is quite an achievement!

I arrived in Alexandre’s sun-bathed studio full of silly whys, and came out with a completely different perspective. Actually, the brand founded and run by Lily Bareth, who is still its soul and Artistic Director, does not have a strategy but rather a philosophy, does not really follow the trends, but proposes its customers with emotions and games for the season, does not try to impose a style, but lets women compose their own in the first person, does not show in Paris, but –and only for the two past seasons- in Tokyo, looks for reenergizing inspirations and not for devitalizing marketing, creates with distance, in peace and harmony, does not have a real age target (between 13 and 80), but talks comfort and lifestyle, tells stories and creates clothes that can easily be adapted to many personalities according to the styling creativity of those who want to wear them.

Once upon a time (two years ago), Alexandre Vauthier was the first assistant of one of the best Paris-based Haute Couture designers, Jean-Paul Gaultier, having worked at his side there for more than 7 years, he had assisted in creating 15 couture collections and 7 fur collections. Previously Alexandre had also collaborated with Thierry Mugler for four years. Two strong names in the world of fashion, but he needed a change and decided to make a move. He was nevertheless startled at first with the offer he got from Lily Beth. “We have met several times before I started working here. Lily Bareth listened a lot, called to know how I was feeling, she gives freedom and respect in a very delicate way. I have accepted to collaborate with her and I really do not regret it.” Financially backed by Bergère de France, a French woollen mill group, Lily Beth had started first with creating knitwear and, little by little, had expanded to create a full range of creative clothing which, although it had always been conceived under the Parisian sky, had its roots and inspiration in the contemporary stimulation vibes of Japan. In this process of organic growth, the house of Lilith now needed to have a Director of Creation with more fashion culture to collaborate with Lily Bareth and infuse in the clothes they would create together more refined finishings and a new balance in garment architecture.

“I also suggested we should start organizing regular runway shows for the season in Tokyo. We did it for the first time last season and have repeated it for the Spring 2007 collection”, says Alexandre who is not trying to create here a revolutionary creative turn, but to “underline the codes that Lily Bareth has created for her house: polka dots, tartans and checkered fabrics have always been in every collection, they are in for this season too and are here to stay.” For the first time this last fall, they have proposed bags to their customers, for this Spring they have also created shoes, and very creative ones too ! I saw, in this studio, the most marvellous round-tipped flats in “mirror” lacquered black leather. Their soles are fun to discover, fully red with embossed big white polka dots. The sides of the very nicely finished shoes are topped with inlays of small hearts, spades, clubs and diamonds. They recall the season’s theme for their clothes too : Alice in Wonderland.

“ We decided on this theme one day together, while we were having tea and macaroons”, confesses Alexandre Vauthier  “and our first words were something like : it has to be playful, something like candies.”  Sweet and fun Alice cam in quite easily, and the result is there: no literal comment on the theme which delicately shows through in the garments also and which is treated with the house codes, as you can also check on Lilith’s website*. Alexandre Vauthier and Lili Bareth have played with black and white, black and red beautiful bicolour checkered fabrics and polka dots, creating reasonably wearable but innovative volumes in their double puffed skirts, for instance. But you had better go see their site to get an idea or visit one of their shops to have a full view of their work.

Lilith dresses, trousers, jackets all feel very comfortable, easy to live in your every day life. The silhouettes Lily Beth and Alexander  have designed leave you with an emotion, create a poetic trail behind them, impress with the poetry they exhale. “ Yes, like a fragrance” comments Alexandre.
Far from the sometimes hazardous craze of the fashion world, Lilith has managed to invent a simple business model based on good vibes and oriented to creating happiness. It is so fresh to check that with few advertising and hardly any show, it is still getting recognition in the press, in the collaboration they are starting with Paolo Roversi for this season’s campaign, and, first and foremost, in the women who are reinterpreting, day after day, the brand’s clothes in the looks they create for themselves.

In this atmosphere of distance with the hectic schedule of a fashion week, Julien Fournié suddenly looked to me lik Alice’s white rabbit, reminding me that we were going to be late for the Alber Elbaz show for Lanvin… Yes, time had shrunk in this too brief but lovely encounter with Alexandre Vauthier for both of us. And leaving these premises, I was hoping that Elbaz for Lanvin would not act on us like Alice’s Queen of Hearts.
However, if Alice is in Wonderland, Lilith is a contemporary fairytale fashion house in the real world… like a small gem making its way among a forest of business strategies that are often losing every inch of poetry on the way. Lily Bareth, Alexandre Vauthier and their team are keeping here their original goals in mind. They are genuine, generous and free-thinking. May they have many collections together, may clever customers continue to share with them the result of their creative efforts! 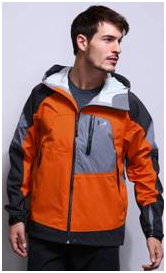 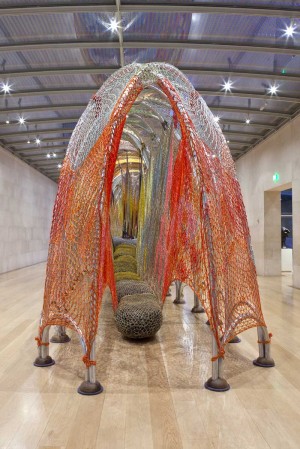