PARIS, Mar 4, 2004/ FW/ — Something unfortunate happened to me today. My wallet was stolen, together with my credit cards! In an instant, I went from a fashion editor to lost and broke. But, thank goodness to American Express and Bank of America, everything was all right within one hour’s time.

It happened during lunch. After paying for my food, I put my wallet in my purse and next thing I knew, my wallet was gone!

Like most business travelers, I don’t carry a lot of cash, and just use credit cards and debit cards so that it will be easier to keep track of expenses.

The moment I found out that my wallet was stolen, I called Dallas so that they can call the bank and report that my credit cards were stolen.

That kept me safe for fraud, but I still need to stay in Paris until the end of the fashion season and I need spending money.

And this is how I found out that both American Express and Bank of America take their advertising seriously. Everything that these two companies promised when I signed up with them is true.

When I called up American Express to personally report my loss, they immediately made arrangements for me to have a temporary AMEX card that I can use while I’m in Paris. I was able to pick it up in an hour in an American Express Travel Service branch.

As for Bank of America, when my two bosses in Dallas called them up to report what happened Bank of America immediately took action to secure my card and reviewed all expenses from that day. We found that there was not enough time for any fraud to be committed.

I told my boss I will need spending money in Paris, he contacted AMEX and immediately made arrangements to wire money to me here in Paris.

It was a horrible experience finding myself broke in a big city that is an ocean away from home.

But, thanks to American Express and Bank of America, everything was taken cared of in an hour’s time.

Most of all, thanks to my Publisher and Managing Editor in Dallas, whom I had to wake up early (it was about 5 AM Central Time when it happened). They acted immediately and were on the phone with the bank as soon as it opened.

All’s well and ends well. Somehow, I don’t feel so alone anymore. And yes, this will sound like an advertisement. But I have to say… “American Express. Don’t leave home without it!” 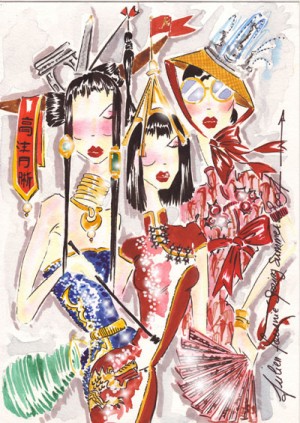