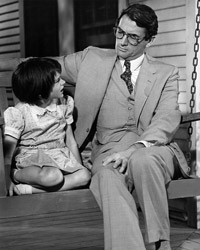 BEVERLY HILLS, CA – The Academy of Motion Picture Arts and Sciences will showcase a new digital restoration of “To Kill a Mockingbird” in celebration of the film’s 50th anniversary on Wednesday, April 11, at 7:30 p.m. at the Samuel Goldwyn Theater in Beverly Hills. The evening will feature an introduction by talk show host Tavis Smiley and an onstage discussion with Oscar®-nominated actress Mary Badham. The digital restoration is courtesy of Universal Pictures, which is marking its centennial this year.

Based on the Pulitzer Prize-winning novel by Harper Lee, “To Kill a Mockingbird” (1962) became as much of a classic as its source, and the defining film of Gregory Peck’s career. Produced by Alan J. Pakula and directed by Robert Mulligan, the film features Peck as a Depression-era lawyer struggling against a prejudiced system to exonerate an African-American man falsely accused of rape.

For his iconic portrayal of Atticus Finch, Peck earned his fifth Best Actor nomination and only Oscar. Co-star Robert Duvall made his film debut as the mysterious Boo Radley, while a 10-year-old Badham also made her first screen appearance as Atticus’s daughter Scout. The film unfolds as a coming-of-age story, as Scout learns about injustice, human frailties and the definition of heroism. Badham’s Oscar nomination for her performance made her the youngest actress with that honor at the time.

The celebration will continue the following day, when the Academy will screen “To Kill a Mockingbird” for 400 Los Angeles Unified School District high school students as part of its ongoing Media Literacy Program. The film’s remarkable ability to connect with viewers of all ages and backgrounds has made it a versatile teaching tool.

Tickets for “To Kill a Mockingbird” are $5 for the general public and $3 for Academy members and students with a valid ID, and may be purchased online at www.oscars.org, in person at the Academy box office, or by mail.

The Samuel Goldwyn Theater is located at 8949 Wilshire Boulevard in Beverly Hills. Doors open at 6:30 p.m. All seating is unreserved. 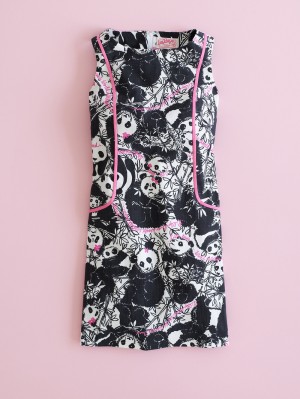