By this time, all the reviews of NBC’s “The Sound of Music Live” is out. In fact, one of the best reviews I’ve read is the New York Times, The Perils of Tinkering With Favorite Things.

Still, it is not just The New York Times who found the show lacking. In fact, all the reviews say that though Carrie Underwood can give credence to the music, her acting has left much to be desired. And I agree, and I want to add one more – faith, as in religious faith is lacking in the whole performance.

Before I go on, let me clarify several things. Religion is something that seldom is discussed in any review because it is a sensitive topic. But, because “The Sound of Music Live” first scene was inside a convent, with nuns singing in Latin and obviously in time for prayers, then the show put religion center stage on the first act.

So, watching the actresses from Carrie Underwood to the very talented Audra McDonald and the others who played the role of nuns lacking in solemnity for their station was very painful for me.

One of the reasons why I love the movie “The Sound of Music” is the sincerity of the whole film. As Maria von Trapp, Julie Andrews’ sincerity transcended the celluloid and reached the audience.

Apropos to that, the nuns were the same. They were solemn and carried themselves with the dignity of those who lead a holy life. One of my favorite scenes in the movie was the two sisters showing the Mother Superior auto parts that they took from the German’s cars so that they cannot pursue the von Trapps. In the few seconds on screen, the three nuns were able to convey that though they did not break Canon law, what was done was in a gray area.

In here I am assuming that the nuns in The Sound of Music, in all presentations – theater or movie, are Catholic. I am saying that because as late as 1951, Austria is 89% Catholic. Add the fact that the real Maria von Trapp was a practicing Catholic until her death, my postulation actually holds water.

Back to “The Sound of Music Live!” Things had changed since the Nazi occupation of Europe. In fact, it might just be a coincidence that the show aired on the week of December 7th; the day Pearl Harbor was bombed 72 years ago, the event that propelled the U.S. to World War II.

We are also far away from 1965, when the world was a bit more innocent. It was before Woodstock and the infamous burning of the bra. Pope Paul VI was the head of the Catholic Church and since then we’ve had four more – John Paul I, John Paul II, Benedict XVI and currently Pope Francis.

Still, though there had been many changes, the Catholic faith had stayed the same through these years. In fact, if you think about it, the Catholic Church has remained steadfast for the past 2,000 years.

And that is what I was missing in the performance of The Sound of Music Live – the steadfastness of their faith. I could have looked the other way for the bad acting; but not being able to convey faith in any way, shape or form is a deal breaker for me.

The Perils of Tinkering With Favorite Things

NBC tried to graft audiences’ love for a 1965 movie onto the fascination with reality shows Thursday night in a live “Sound of Music,” starring Carrie Underwood. [READ MORE]

The Sound of Music Live 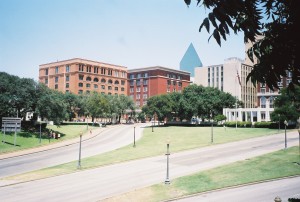 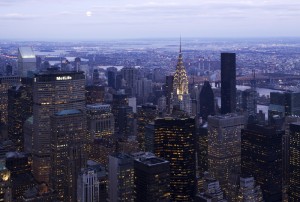