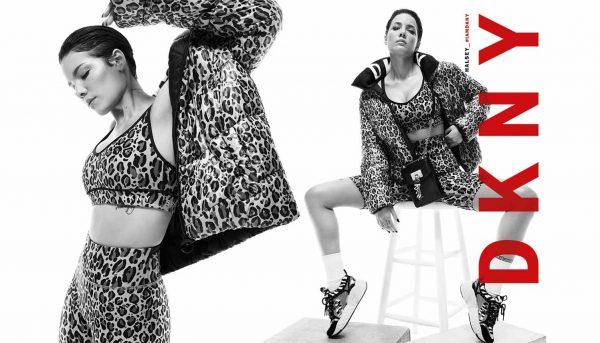 Celebrating birthdays is always fun and DKNY revels on its 30th year by channeling the creative spirit of New York with a campaign and videos featuring hometown talent Halsey for its women’s campaign and the Martinez Brothers for its men’s campaign.

Fall 2019 marks the 30th birthday of DKNY and its innovative, genre-defining approach to style — a revolution at its founding and a force three decades in. Yet rather than look to the past, the brand’s seasonal campaign is rooted in the here and now, featuring powerful, graphic portraits of native New Yorkers Halsey and the Martinez Brothers, photographed by Amy Troost and styled by Carlos Nazario.

Says Halsey about the campaign, “DKNY is the spirit of New York. It’s diversity and drive. It’s hard work and a pinch of destiny. They say if a bee strays too far from its hive, it will die. DKNY keeps my home in my heart, and the magic in my mind. It’s an honor to be a part of their 30th birthday.”

Halsey’s punk sense of beauty and casual outspokenness have established her as a fearless voice of a generation, while the recent billboard number one single “Without Me” has confirmed her a global powerhouse. She is the epitome of grace under fire commanding the untamed forces of the city and paving a path for positive change, granting Halsey her New York stripes.

Having long since accomplished its mission of providing progressive yet pragmatic wardrobe staples for DKNY fans and their multi-faceted lives, the brand presents its fall 2019 campaign as a series of quintessential New York stories from respected and influential cultural figures.

Self-made and self-assured, Halsey and the Martinez Brothers radiate their cool confidence, irreverent style, and pure talent in each image captured. Together, they embody the creativity that drives young people to the city— a place in which, even today, impossible dreams can be realized.

In the campaign, Halsey and the Martinez Brothers sport the most directional pieces from the DKNY fall 2019 collection: checked suiting, raw denim and leopard-print athleisure for her; fresh tailoring, classic outerwear and easy essentials for him.

With a stark black-and-white aesthetic accented by a bold red logo, the imagery references DKNY’s innovative heritage campaigns of the 1990s.