DALLAS, Apr 24, 2004/ FW/ — Washington D.C., the last bastion of conservative dressing for men is finally waking up when it comes to stylish dressing according to a recent article from the Washington Post.

The article reported that retailers in the area including Saks Fifth Avenue have reported an upswing in the sales of top-selling fashion brands that include DSquared and John Varvatos.

Is it because this is an election year, and everybody from the candidates to their staff has to look good?

Or is it really a sign of the times, part of the men’s fashion liberation movement started by the metrosexmania?

Men inside the Washington beltway might be the most image conscious lot in the U.S.

It comes with the territory, i.e., working in Capitol Hill, the White House; even the Justice Department comes with a standard of looking good yet conservative enough in the eyes of the populace.

There is a dress code and it is strictly followed to the point that the U.S. Secret Service, during the mid 1990s, while guarding then President Bill Clinton who was enjoying Waikiki Beach with his wife Hilary and their daughter Chelsea, was wearing their suit, tie and dress shoes in the beaches of sunny Hawaii when everyone was wearing shorts and swimsuits.

But times have changed since the turn of the millennium. The now ubiquitous term “metrosexual” had come into the picture and the man in the White House, President George W. Bush had been voted in the top 10 ‘Best Groomed American’ since he assumed office, getting the top slot during his first year in office.

Hip-hop, which used to be part of the American youth subculture, has now crossed the mainstream. Rappers like P.Diddy and Damon Dash, including Eminem can look flamboyant in their clothes, yet retain a tough guy image.

The average American now expects a certain level of celebrity dressing to well-known personalities, including politicians.

But if fashion is very fickle, politics beats it when it comes to how fast voters can change their minds. Hence, a precarious balance is always needed to be attained; so when it comes to dressing, erring on the conservative side is usually the path taken.

With metrosexuality reaching Middle America, men in Capitol Hill are taking cue from the newly found fashion liberalism with men. They started shopping!

Again, according to the Washington Post article, “Men no longer are handing over their fashion decisions to the women in their lives — at least not as often as they did in the past.”

From a recent survey from the NPD Group, a marketing information company, men doing their own shopping have risen to 70% in 2002, up 5% from the year before, and a dramatic 22% increase from 1998 when only 48% of American men shopped for themselves.

So are the men in Capitol Hill ready for Helmut Lang and Hedi Slimane?

For Helmut Lang, his Fall 2004 collection that appeals to young up & coming executives can easily fit in the twenty-something and thirty-something White House and Capitol Hill staffers. His subtle tones of blues and grays is hip enough, yet conservative enough to pass muster in the halls.

As for Hedi Slimane, his men in skirts, be it tartan or otherwise might be too avant-garde to the still conservative dressers in the District of Columbia.

As for his rock & roll themed Fall 2004 collection, the teen-age children of the Embassy Row and Capitol Hill denizens will be its best bet. 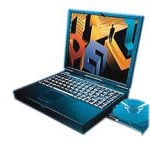