LOS ANGELES, Apr 1, 2004/ FW/ — It’s a pleasant surprise to see two menswear designers on the L.A. runways and for both of them to have strong collections.

Nabeel Jabeer,  (photo below right) designing under the label “Lords” presented both men’s and women’s collection that had a rock & roll theme, a very L.A. look and idea.

Both emerging designers gave hope to the dying menswear scene here in the U.S. They might only be little pin of lights at this point in time, yet their distinctive styles are worth more than a second look.

As most of the fashion flock knows, the menswear scene in New York is almost dead, or if it is not, then it is definitely in ICU.

U.S. menswear designers are showing their collections in Milan, for the obvious reason of “Milan is where the action is when it comes to menswear,” as most fashion critics’ say.

So, for us here at FashionWindows, wherein we cover the menswear collection extensively, finding Tomer and Lord’s in Los Angeles is like finding an endangered species that can be nurtured back to life, i.e., a menswear scene in the U.S.

With Los Angeles still trying to find its niche in the international fashion scene, maybe Los Angeles can become the center for menswear? It might sound far fetch to some, but I’m one of those fashion editors who look forward for a revival in menswear shows here in the U.S. 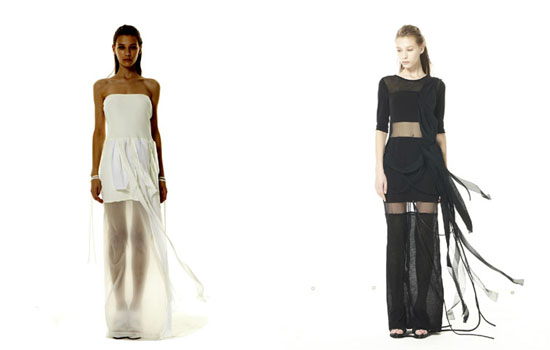