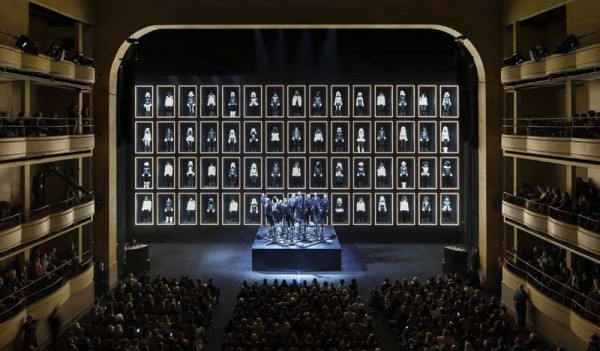 #TBT: Last February 8, 2014, for presentation of its the Autumn/Winter 2014-15 Collection, Moncler Grenoble transformed the stage of New York’s Hammerstein Ballroom into a unique audio-visual experience.

Sixty men and women choristers dressed entirely in black and white were lined up in a structure on several levels. In front of them, nine singers and an orchestra conductor dressed in down-filled morning suits took their place on as many hydraulic platforms.

Pendulum Choir is the name of the ten elements of the a cappella voice orchestra founded in Switzerland in 1999 by André and Michel Décosterd. By creating a ‘body of sound’, the choir expresses itself through lyrical sound and is combined with the movement of the artists’ bodies, harnessing the mechanisms used to play with the force of gravity.

For the performance, traditional Alpine song were broken down and combined with electronic sounds to produce a thoroughly contemporary experience; an identical approach to that adopted by Moncler.

The voices carry the mind at speed; the physical oscillations of the singers encouraged profound silence of the kind that climbers only find at high altitude. Where the air was rarefied and the chill was absolute. Where everything was extreme. 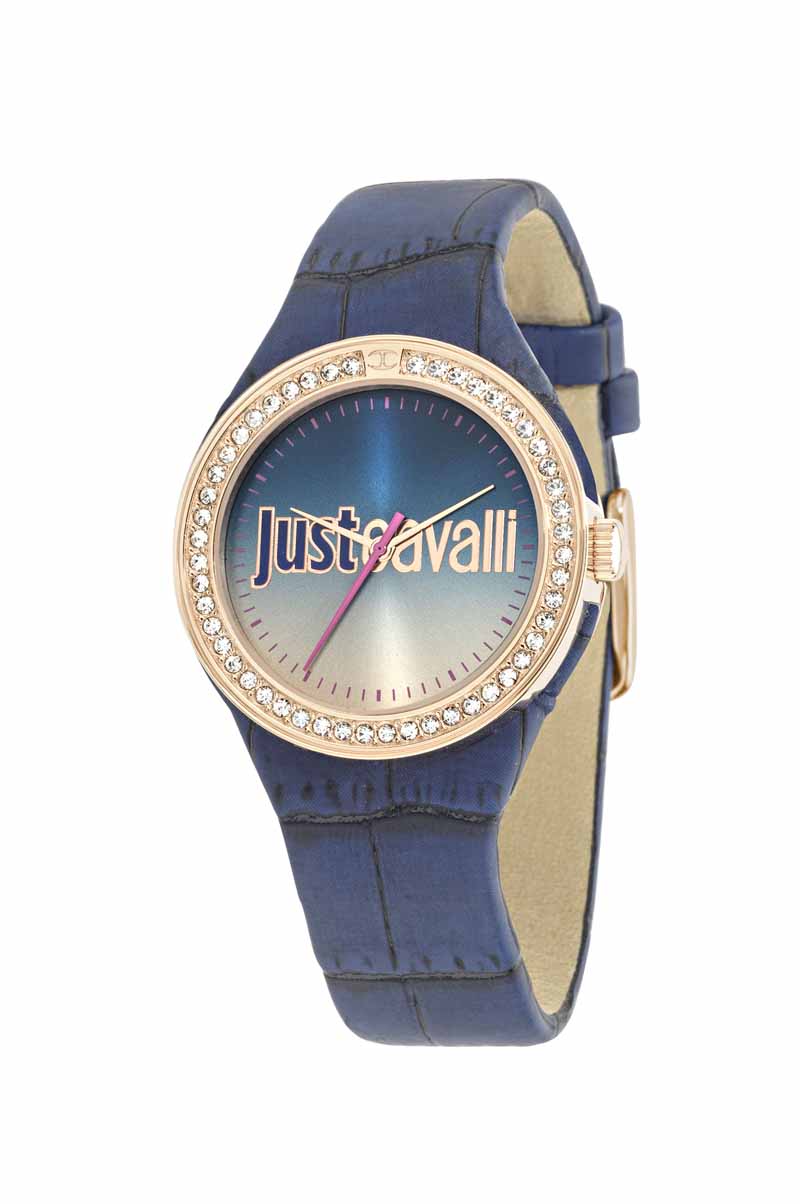 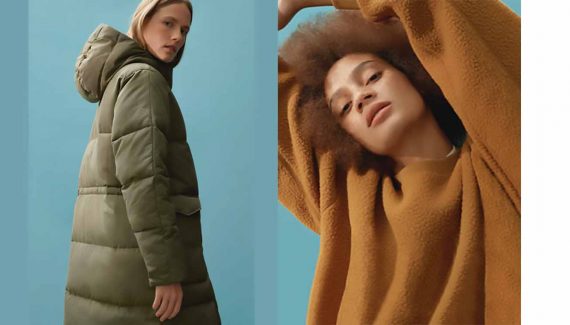