LAGOS PORTUGAL, Nov 17, 2012/ — While traveling it is fun to find local fashion trends. In the harbor village of Lagos, Portugal there are winding streets paved with cobblestones. These streets are laced with boutiques geared towards tourists and locals alike.

Across from the harbor, near the taxi stands there is a bustling town square. You can see the elder fisherman talking with their cronies, some with loyal dogs sitting at their feet. There are three stores in a row placed strategically to catch the eye of tourists just as one begins their walking adventures—Tenenis, Calzedonia, and Intimissimi. The displays are designed to draw the customer into their fashionable lairs. It is hard to resist.

I have two friends that I put in the “long drink of water” category. This is a term sometimes used for women with long legs. Jane is an entrepreneur in Andorra who helpsinternational clients relocate, while Lorrie is a professor and author, focusing on fashion and business. They both are tall with long legs (though not as tall as Nicole Kidman) and have a penchant for leggings.

In fact it was Jane that led me to Intimissimi, Tezenis, and Calzedonia. She had bought loads of leggings from Calzedonia. She pointed out that they even had leggings that were called “pushups” which gave substantial support to bottoms and tummies.

I decided to explore Calzedonia and happened to arrive on the day of a promotion; for every 25 Euros spent you would be given a promotional pair of colorful high top shoes. I ended up buying a pair of black leggings for a friend featuring tiny brass skulls. For another friend I bought a pair with a wild pattern in cream, navy, black and brown with horse bridal motifs.

The store also features stockings and socks. The sales girls were very helpful and most spoke English; however, they seemed slightly under pressure to offer you other promotional deals. Also, when I asked to take a picture in the store for this article they were paranoid and refused. Perhaps it is company policy.

It was actually last Valentine’s Day that I learned of Intimissimi and Tezenis. Jane bought some Valentine’s gifts for herself and her boyfriend at these two stores. They were fashionably red, fun and sexy. Intimissimi is a smaller boutique geared toward lingerie, bras and undies for women, with underwear for men. There is a sexy edge with a more playful side as well.

Tezenis is the largest of the three stores. It has loads of leggings, but also features reasonable priced t-shirts, blouses, bras, underwear etc. There are sweaters with the currently popular skull motif. Upstairs is a section devoted to children as well asmen. From downstairs I spotted a pair of men’s underwear that had the blue stripes reminiscent of a French sailor or Jean Paul Gaultier design. The price point inthis store is very reasonable. The salesgirls are exceptionally warm and filled with helpfulness and humor.

All three stores are owned by Calzedonia S.P.A.which was founded in 1986 and boasts more than 1470 shops throughout the world. They also own Falconeri, Cash & Carry, Mango, and Hotel Veronsi La Torre. They have a recycling program where donated used bras are utilized in insulation panels to help cut down noise pollution. They also donate 3% of their profits in Italy during the months of October-November towards education and vocational training in less advantaged countries.

For Calzedonia’s 25th anniversary FabrizioCamparelli created the romantic music and song “Lovely Worlds.” Their video ads are filled with images of legs and body movement featuring flight attendants, models, dancers, soccer players, and school kids; they have a wide range of clients. It turns out that the boutiques supplying loads of leggings and lingerie in Lagos are siblings with a parent company who understands marketing…. 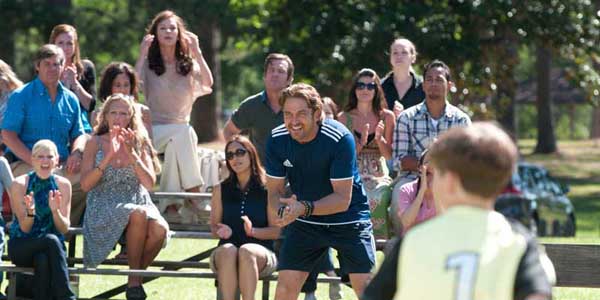