A series of reusable glass water bottles with bamboo stopper and white silicone cover with “evian” logo printed in gray and the phrase “RAINBOW INSIDE” in different shades (pink, purple, light blue and dark blue). This is the first project realized by Virgil Abloh in the new role of Creative Advisor for Sustainable Innovation Design. 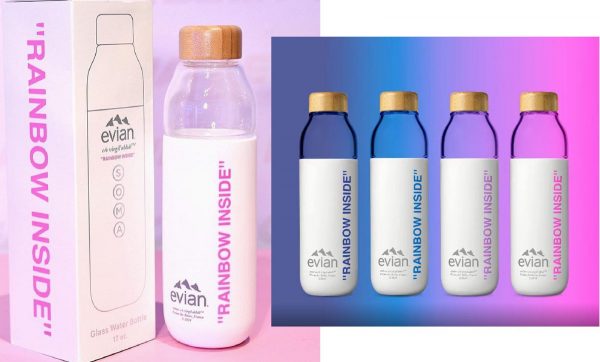 Virgil Abloh for Sustainable Innovation Design at the French company

The founder of Off-White and creative director of menswear by Louis Vuitton is King Midas of fashion, a man who can turn everything he touches into gold and, for this, everyone wants to collaborate with him. Rimowa, Nike, Ikea and now evian. The company of mineral water controlled by Danone chose the designer not only to deal with the design of the bottles. Abloh will have the task of making the design process more sustainable and finding the strongest way to communicate the green turning point of evian, which aims to become a 100% circular brand by 2025, with the aim of transforming all its recycled plastic water bottles. Certainly, Virgil has a versatile talent, as evidenced by his many interests and his partnerships, but perhaps few remember that he can boast, besides an eclectic curriculum, a degree in civil engineering. All his knowledge has merged into the new design of these limited edition water bottles customized by the Soma water filtration company, which will soon be on sale exclusively on MATCHESFASHION.com.

The price has not yet been announced, but a standard SOMA bottle is usually sold for $ 30, a decipher definitely higher than € 8 for 750 ml of the evian branded with Chiara Ferragni‘s eye-logo. 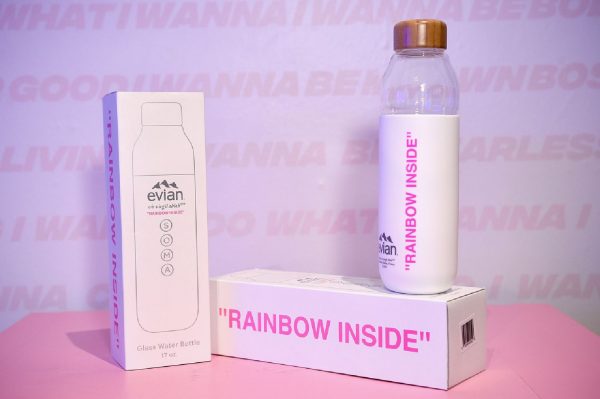 You remember all the criticisms that have struck the famous influencer, accused of transforming a product that should be accessible to everyone in an elite item. The controversy was so bitter as to produce, along with an avalanche of ironic memes, a Codacons exhibit that defined the price of the product as “immoral and potentially illegitimate”, asking the Ministry of Economic Development to prohibit its sale in Italy. The result? Despite someone defining the evian- Chiara Ferragni epic fail collaboration, the bottles went sold out. So it is legitimate to ask ourselves what will happen to Virgil Abloh. Probably the same fate, but with less harsh and harsh criticism, as happened with the other evian partnerships. The company has always been associated with the concept of luxury water, at least since in 1934 Agata Christie mentioned it in Assassination on the Orient Express, in the past, has already made exclusive versions of its products with Christian Lacroix, Alexander Wang, Kenzo, Jean Paul Gaultier, Paul Smith, Issey Miyake, Courrèges e Diane von Furstenberg. 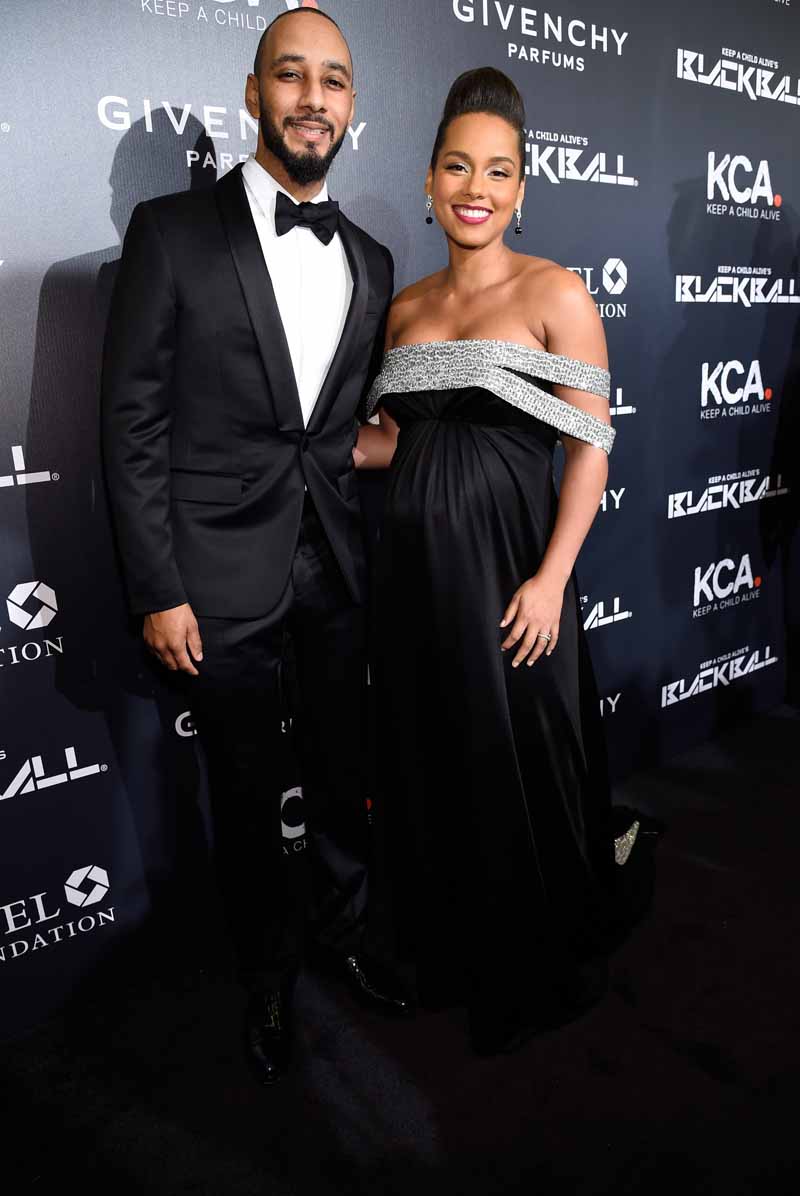 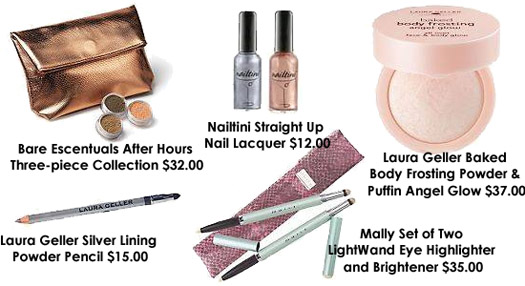